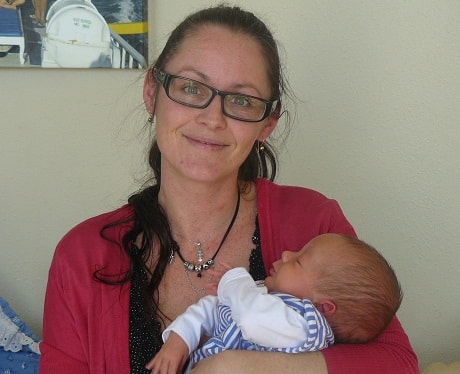 The Biggest Smile in the Bay.

One week after her fourth son Hunter was born Kim Pearson from Papamoa Beach decided that the time had come for the families old Toyota Corona to leave home. It had been in the family for 10 years and had been Mums taxi for three growing and active son’s.

The arrival of number four son meant a bigger vehicle and there wasn’t sufficient room at home to store the Toyota until the oldest son got his drivers licence. Husband Shannon called The Zebra Broken Car Collection Company on a Saturday morning and that afternoon  the local area operator called and they agreed to a fair price, it was that easy.

When the car was collected the driver gave Kim a “lucky number” card and advised her to call the $1,000 cash prize line number every week. Every week Kim called the prize line and after only four weeks she heard her number was a winner. After checking twice Kim called The Zebra Broken Car Collection Company and claimed her $1,000 cash prize.

The following day Kim and the newest member of the family were very happy to be given the $1,000 cash prize. You can see Kim around the bay, she’s easy to recognize, she’s the lady driving a people mover full of son’s and a big $1,000 smile. Another winner from The Zebra Broken Car Collection Company. If you have an old car you want to sell and want to go into the weekly draw just call Darryl 0800 382 828