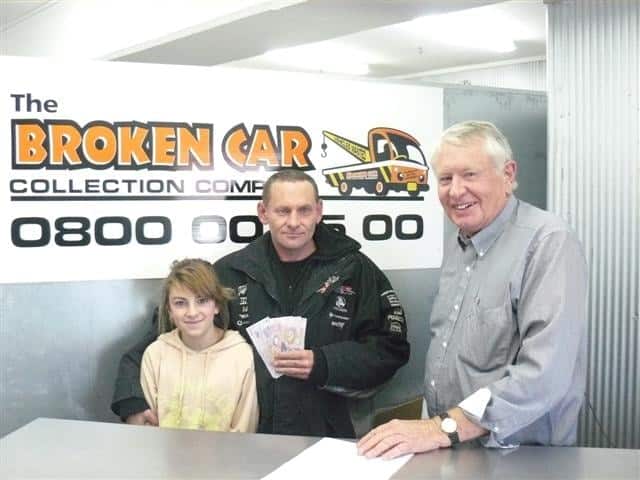 With Redundancy looming its Zebra to the rescue.

Peter Wakefield from Papakura has over the years sold a few end of life vehicle to Zebra Broken Car Collection Co and every time he has collected an entry into the prize draw. The tickets sit beside the family computer and it’s his daughter’s job to check the winning number each week.

Peter has just been told he is to be made redundant and on Tuesday morning his daughter gave him some good news, their lucky number had been drawn. Peter called Zebra and was delighted to have it confirmed he was $1,000 richer, or at least $900 richer after paying his daughter a finder’s fee.

On Wednesday morning Peter dropped in to collect his winnings and a new lucky number card and decided to sell his ute to Zebra Broken Car Collection while he was there. More money, yet another lucky number card but still looking for a job. If you are in Auckland and need to hire a truck driver call us at Zebra Broken Car Collection Company and we can put you in touch with Peter